How It Works With the Classic Implementation

With the classic implementation via a client-side script, preview works in a pretty straightforward fashion:

This is made possible as our script is running on your web pages. This method also applies to client-side experiments in Hybrid Mode and a similar solution is available in our Mobile SDKs for iOS and Android. However, when using the API (either API camping in a hybrid setup or API campaign in API only set up) there is no Dynamic Yield code on the page to do its magic, so how can preview be implemented easily?

How It Works With the API Campaigns

This is done in almost the same way as above, but requires a one-time extra integration step on your end as a developer: 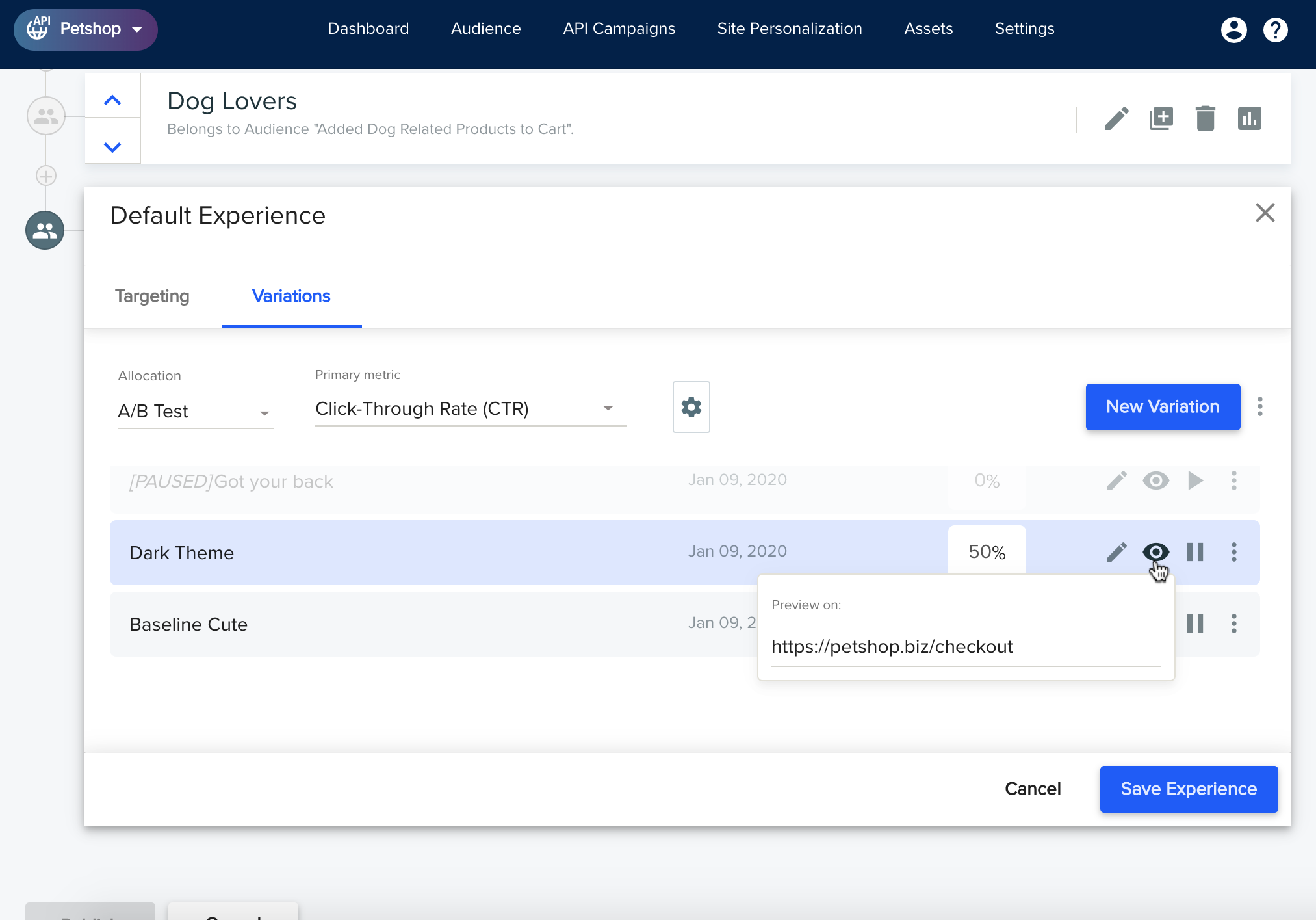 If the passed token is valid (tokens expire after 14 days) and refers to a variation in one of the campaign names passed in the selector > names argument, you will get the previewed variation content in the response - instead of the variation normally chosen for that campaign.

Look at the request above: assuming the preview token passed refers to a new unsaved variation in the PDP Top Banner campaign, here's what the response would look like:

If the preview token is invalid - not found, has expired, or its campaign was not specified in the selector names, you will get a warning back in the warnings array attribute, such as:

A missing preview should not fail the whole rendering of the page, and so the status code for the request is still 200, and for all selected campaigns we return the chosen variations. 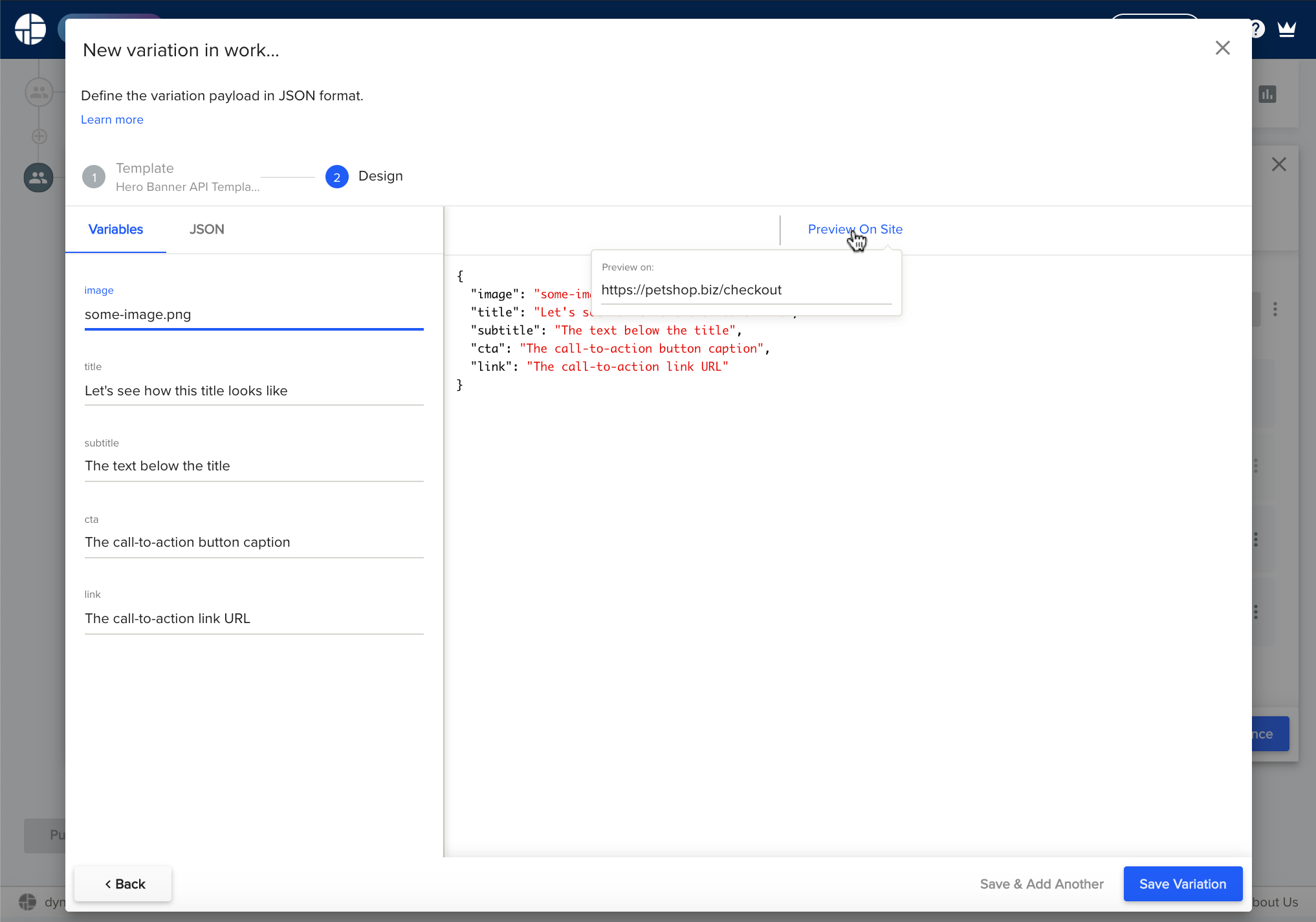